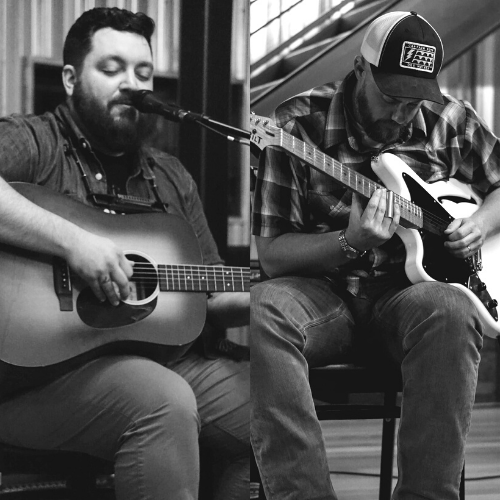 From the depths of his Iowa roots, multi-award winning songwriter J. Jeffrey Messerole writes songs that vary as greatly as the wild flowers in the native tall grass. Messerole does frequently write about that flora, as well as the fauna of the region. Not to mention all of it’s wild life. Not one to shy away from subject matter, the songs can frequently meander across the lines between love and loss, success and failure, or life and death. Messerole masterfully blends the sounds of his guitar with thoughtful lyrics, an engaging stage presence, and often rack harmonica to tell gritty American tales that are bound to evoke emotion from all of his listeners. Matt Woods, a 3 time winner of the Iowa Blues Challenge, will accompany Messerole in this performance. Woods, a well established songwriter and guitar player, will bring lead guitar accompaniment to the performance. 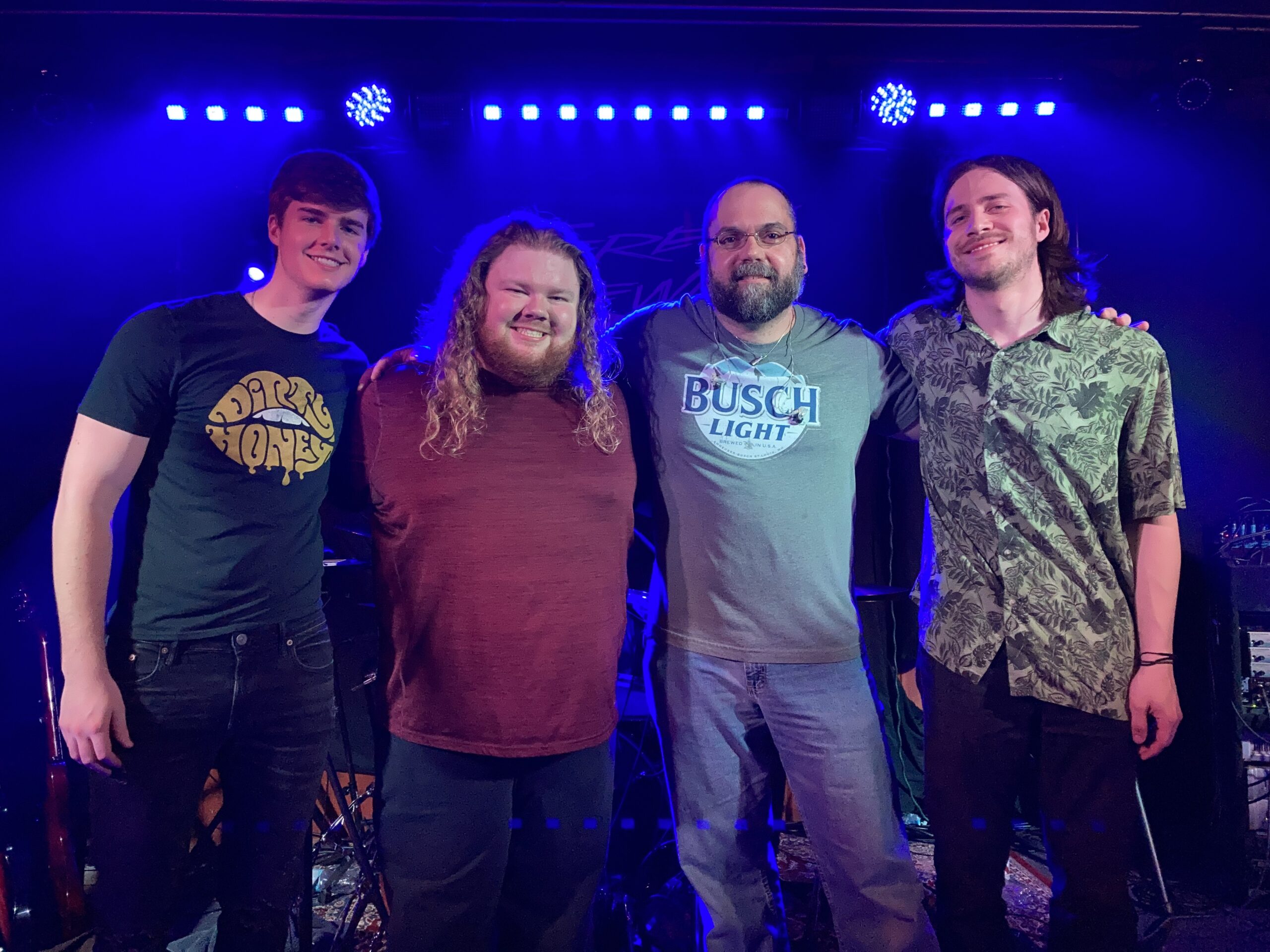 Jeremy DeWall Band calls Jackson MN home.  At age 15 Jeremy bought a guitar and his passion for music emerged.  It started with a band of local teenage friends who spent time jamming to classic Rock & Roll.  No one else would sing, and someone had to—so Jeremy stepped up to the microphone.  His true gift and musical talent was exposed.

Jeremy’s music career began as a sophomore in high school, when he and his friends played the only five songs they knew as the 5th quarter party after their team’s high school football game in a neighbor’s back yard.  Parents witnessed the show as the few adults among throngs of high school kids.   Jeremy’s first band, The Nectorines, debuted that night.

Jeremy’s music became his business and he continued lead vocals and lead guitar for the Nectorines for several years.  During that time Jeremy brought his Dad, Gary into the business as his booking manager and his Mom, Patti for sound and lights.  It’s been a rock and roll family adventure ever since.  Eventually, life got in the way for the other Nectorines members but Jeremy never stopped and never lost the passion.

That’s when a couple of local veteran music legends, who had become great friends and supporters simply couldn’t bear to see Jeremy’s talent set aside.  They kept the young musical prodigy going and together they became the JJRu Band.  And, Jeremy chartered a solo endeavor and released two singles.  Blanket the Night and Living on the Run. 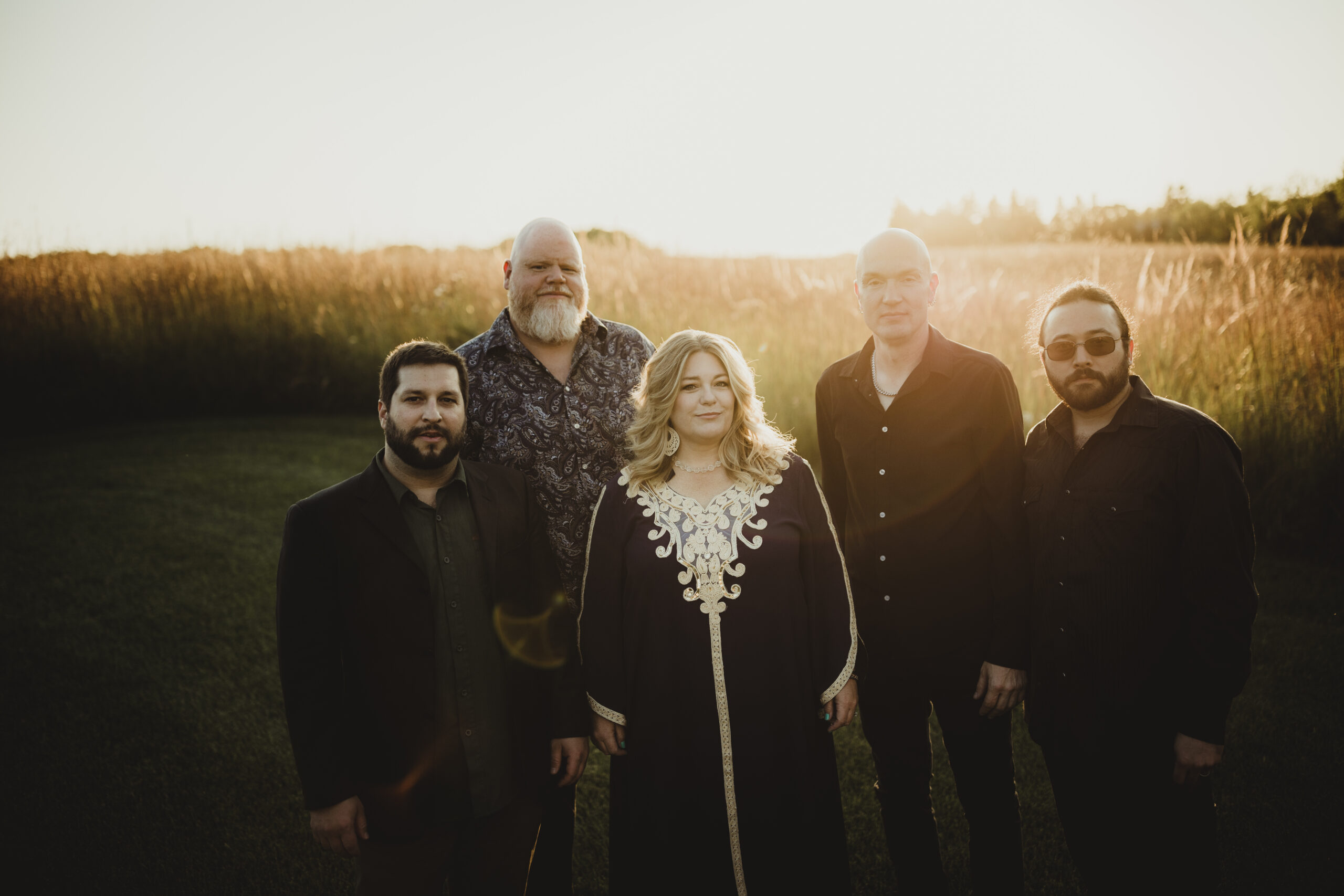 “Big voice, great guitar riffs, killer songs…This is no ordinary band, this is one of those on the edge ready to spill over from being regional to becoming national…great stuff.” (Jim Clark/The Courier)

“This band kicks a**” (Martine Ehrenclou/Rock and Blues Muse)

In addition to charting on Billboard and Roots Music Report, the Living Blues chart, numerous end of year “best of” lists and getting top honors in the Unsigned Only Songwriting Competition and in the International Songwriting Contest, Avey Grouws Band was also nominated for 4 Independent Blues awards as well as for the BMAs.

While the band continues to get attention for their recorded work, it’s their live performances that keep people coming back. 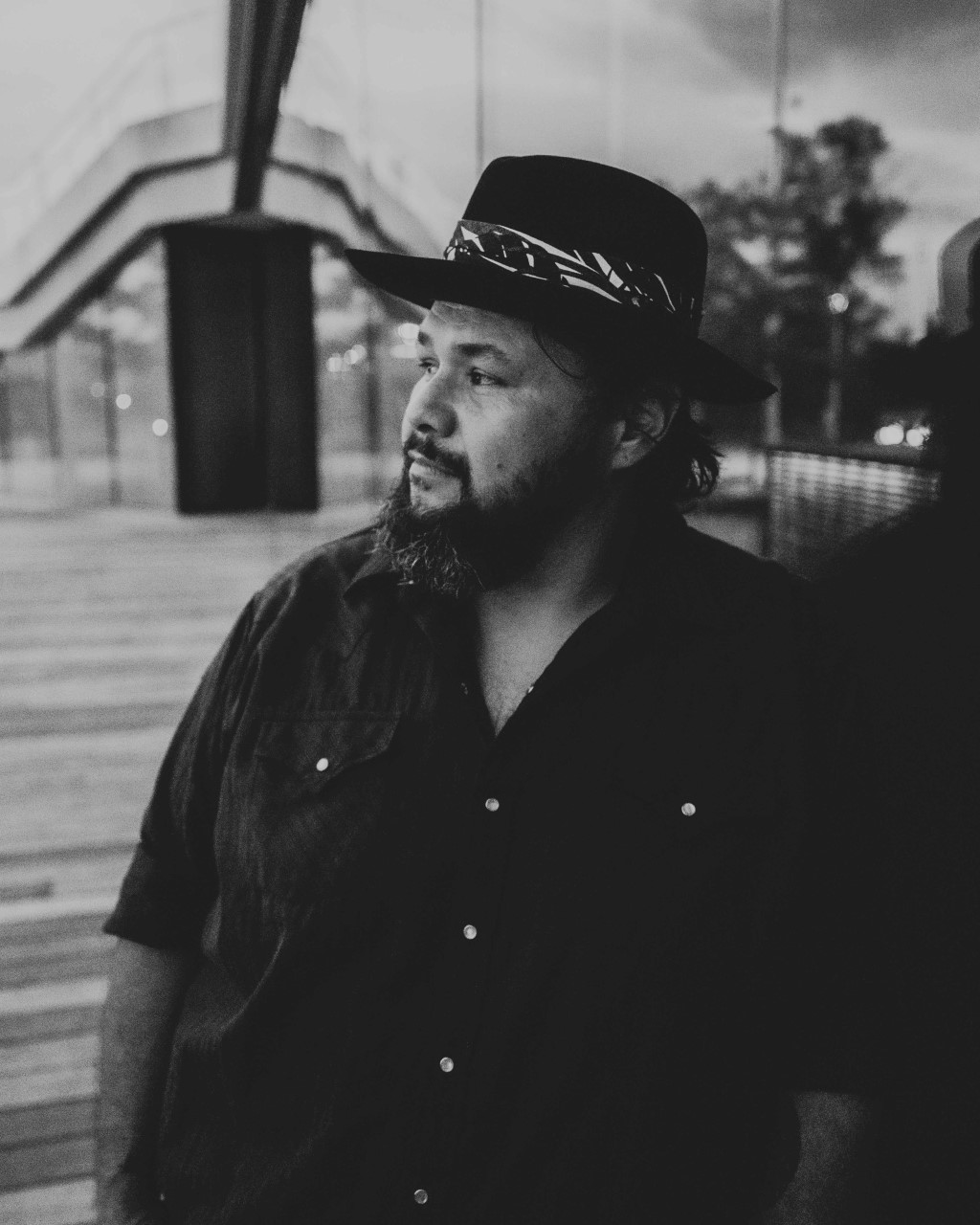 For Héctor Anchondo, the third time really became the charmed one. Anchondo entered the 2020 International Blues Challenge in the solo/duo category and came away with the top prize: winning the solo/duo challenge. He also took home the Memphis Cigar Box Guitar Award for best guitarist in the solo/duo competition, where he performed representing the Blues Society of Omaha. It was Anchondo’s third year performing at the IBC as the BSO’s artist. In 2016, the Héctor Anchondo Band went all the way to the finals, playing as one of the top eight bands chosen by judges from the week of performances. In 2015, in their first IBC appearance, the Héctor Anchondo Band made the semifinals (from about 250 artists down to 50 semifinalists).

Being a winner in the International Blues Challenge is a prestigious honor. For Anchondo, it was the culmination of over two decades of work. “Winning this feels like a reward for having stuck with music for 24 years,” Anchondo says. “I had flashbacks of all the journeys, sleeping on floors, years of sleeping in the van, overnight drives, no pay, credit card debt for the cause, broken-down vans, the list goes on.”

Anchondo’s dedication to music comes from his heart. He spent time in a popular rock band called Anchondo, but, all the while, the blues was calling him. Finally, Héctor says, “I decided to make the change to what my heart really wanted. At one point in my old band, I started playing more guitar and there were some folks that became upset because I wasn’t sticking to just the songs. That broke my heart and I decided that I was going to do what my heart was asking and switch to the blues and really let my guitar loose.”

He was serious enough about following his calling to move to Chicago for a year, learning from the old-school blues traditions there. “When I started playing all blues, I wanted to make sure I had an authentic sound. So, not only did I move to Chicago to soak up the blues, I also refused to listen to any other style of music for an entire year other than blues. I started on blues then moved to more rock-based blues. Switching genres later in life, it was important to me to make sure I had a real sound.”

“I’m proud that I never gave up,” Anchondo reflects now. “There were times of self-doubt and even a couple times where I questioned if I should change my path. My love of music and performing kept me focused on the blues path. My goals are to keep pushing myself to be a better musician, to push, to keep growing so I can pay my bandmates more. Most of all, to keep making people happy so they can forget about all the day-in and day-out complexities that make up our daily lives.”

Anchondo is endorsed by Delaney Guitars and GHS Strings. His guitar rack includes a custom guitar recently completely for him by Mike Delaney. “I’ve been lucky enough to be part of both families ever since I made it to the IBC finals in 2016.”

Anchondo plans to continue touring with his band while also doing more solo shows.  His solo album, “Let Loose Those Chains,” debuted September 2021 and even making it to the Billboard Blues chart at #11 as well as placing in many other charts, including the IBBA chart in the United Kingdom. “Some tours I’ll have some solo shows mixed in,” he says. “I’ll have the guys play some of those too, but in an acoustic setting.”

For now, his wife and pre-school age children are able to travel with him part time, something he really appreciates, because he put off a serious relationship and a family to focus on his career. Back in Omaha, he’s also the creative force behind his own festival, creating the In the Market for Blues Festival in 2015 with the help of local company E3 Music Management. The event now has the support of the Blues Society of Omaha and local business sponsors. His inspiration was the jam-packed Beale Street clubs with blues playing up and down the street during the IBC in Memphis. In the Market for Blues has grown exponentially each year with additional support from the BSO and other sponsors. The most recent event boasted over 40 local, regional and national bands at 12 downtown venues.

Anchondo is still following his calling to the blues with heart and dedication. “I’m really exploring my guitar playing and letting go to try and become the best musician and entertainer that I can possibly be.” Of his 2020 IBC win he adds, “This win is for everyone that has stuck with and supported me, never gave up on me and believed in me.”

Even during the challenges everyone faced in 2020 and 2021, Hector kept his focus on his family and his future. “I stay positive because I’m always a glass-is-half-full person and I’m very optimistic, sometimes to a fault. I believe the hard parts of life are just part of the journey and you learn so much from them. They are what make you really appreciate the good times. Life is a series of waves, and they go down, but they also come back up. That positivity is a guiding light for me. I love my family and even during the hard times, I want them to know that we can still enjoy life and the best times are yet to come.” 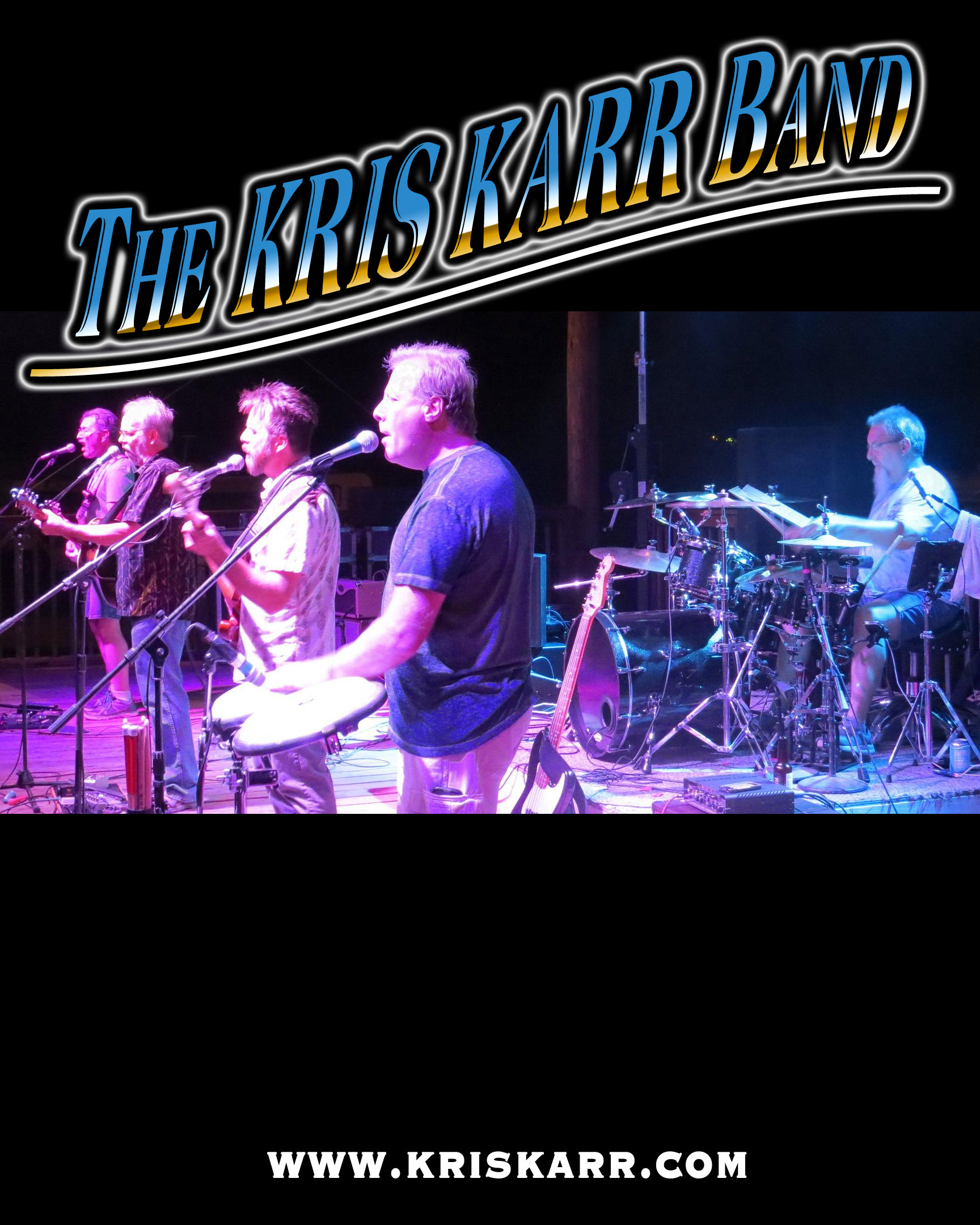 This five piece band from central Iowa will take you on a trip through the music of the 1970’s.

Rock, country, blues, electric and acoustic. They highly encourage audiences in the idea of having fun and singing along.
The KKB started up in 2017 with members Jeff Bluml – Vocals, Percussion, & Harmonica, Bruce Borchers – Vocals, & Lead Guitar, 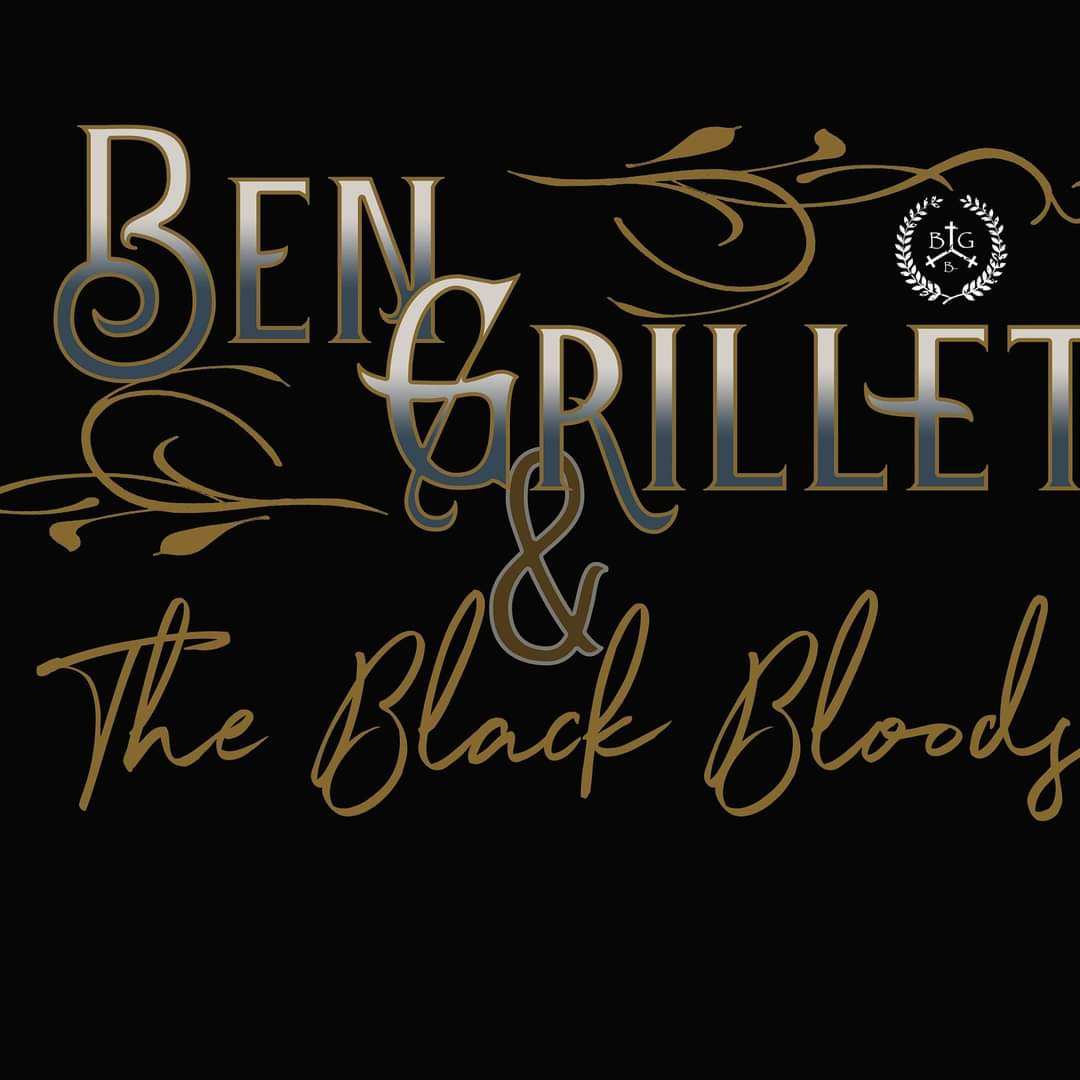 Ben Grillet & the Black Bloods are comprised of friends who have shared countless stages together over the years. A blend of rock and country, they leave every audience asking for more.

Playing a mix of classic country to modern country sounds that are sure to please anyone. BG & BBs have shared stages with bands/artists such as Cody Jinks, Randy Rogers Band, Shooter Jennings and Koe Wetzel to name a few.

Buckle up. Hire a DD. This will be a party! 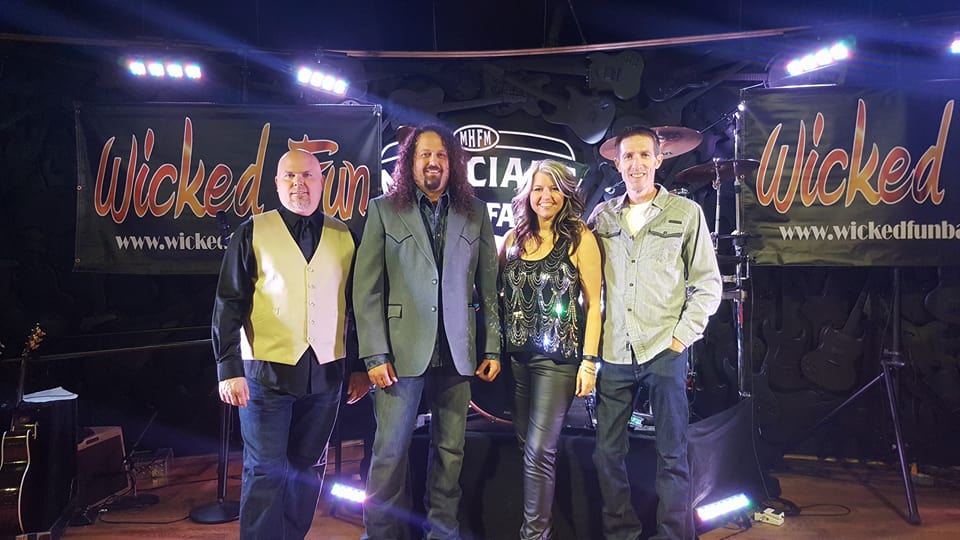 Hailing from Omaha, Ne, Wicked Fun is a variety band in the truest sense. The band plays a wide mix of genres / styles including: rock, pop, country, and dance music. Since forming in 2010, the band has played events and weddings all over Nebraska, Iowa, and South Dakota. They’ve even ventured as far as Nashville, TN for a show at the Musician’s Hall of Fame, and Jacksonville, FL for a private event on Amelia Island. They’ve played the top events and venues in the area such as  Z92’s New Year’s Eve and Halloween parties, College World Series events, Whiskey Roadhouse at Horseshoe Casino, Anchor Inn, Ozone Lounge, Cottonwood Cove, and many others.

Wicked Fun is known for excellent musicianship, tight vocal harmonies, and professional sound / lighting production. Armed with a versatile set list and a fun attitude, they turn every event into a party!

You can find Wicked Fun online at on Facebook, Twitter, and their YouTube channel. To book Wicked Fun for your wedding, event, or night club, contact Shawn Fredieu at (402) 601-8451 or via email at wickedfunband@gmail.com.